The first day of September marks the beginning of the new academic year in Russia. One is very likely to hear the loud shows held at the schools yards and all sorts of indoor and outdoor venues. The teachers occasionally sing at the school parties and they often opt for modifying the lyrics of some well known Russian or Soviet pop song making it school-related.

The day’s agenda also includes the teachers and headmasters awe and trepidation for the ‘high guests’ – the guests of honour who attend the event and parents being overwhelmed with emotions.

To celebrate this day I’m drawing out two archive recordings. The first is of the Ferma urban district school teachers singing goodbye to their class on the last day of the academic year recorded in May 2010. Scripts for those kind of events (including the modified lyrics) could be easily found on the internet, and this particular song was originally introduced in 1980 as the Moscow Olympics closing tune. 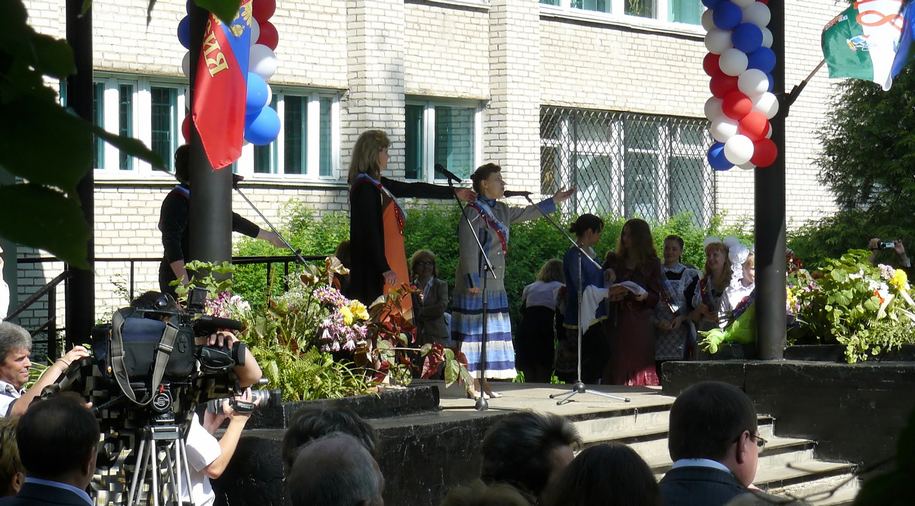 The similar approach to songcrafting is found on the second track. It’s 2008, preschool teachers trio proclaims their credo delivered in a form of a popular musical. The sound quality is far from perfect but it doesn’t mean much here.