Almost in the heart of the industrial estate lies this quarter made up of only two five-storey houses – one is red and the other one is white. The quarter takes its name from the armoured concrete factory some hundred meters away. In Russian it sounds like Zheh-Beh-Ee area, an acronym of the factory name itself. It has been around for decades and no other name was invented since. 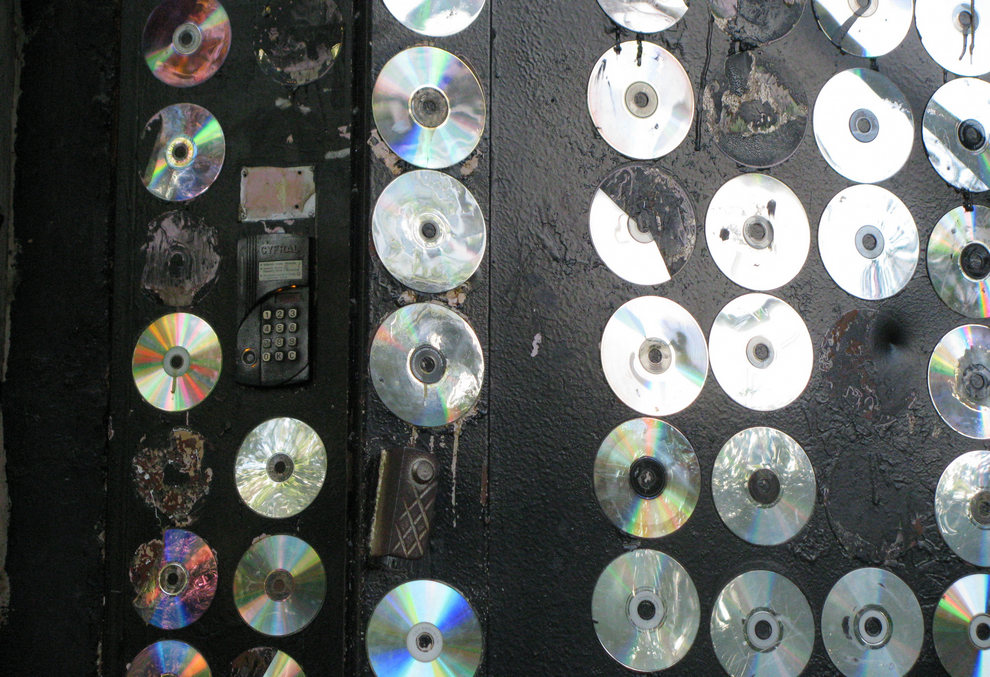 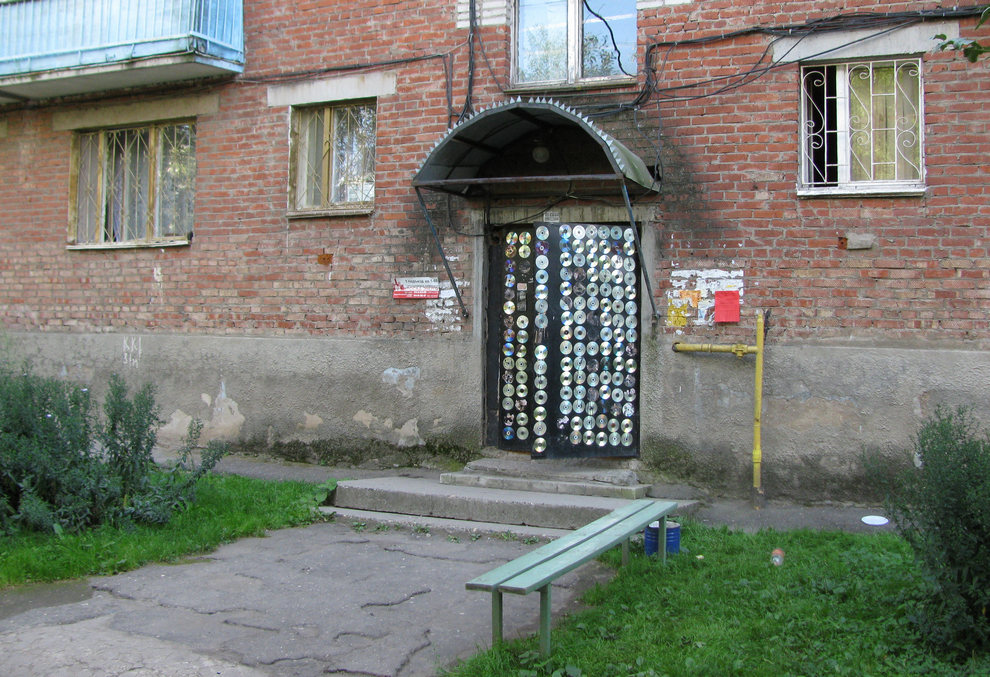 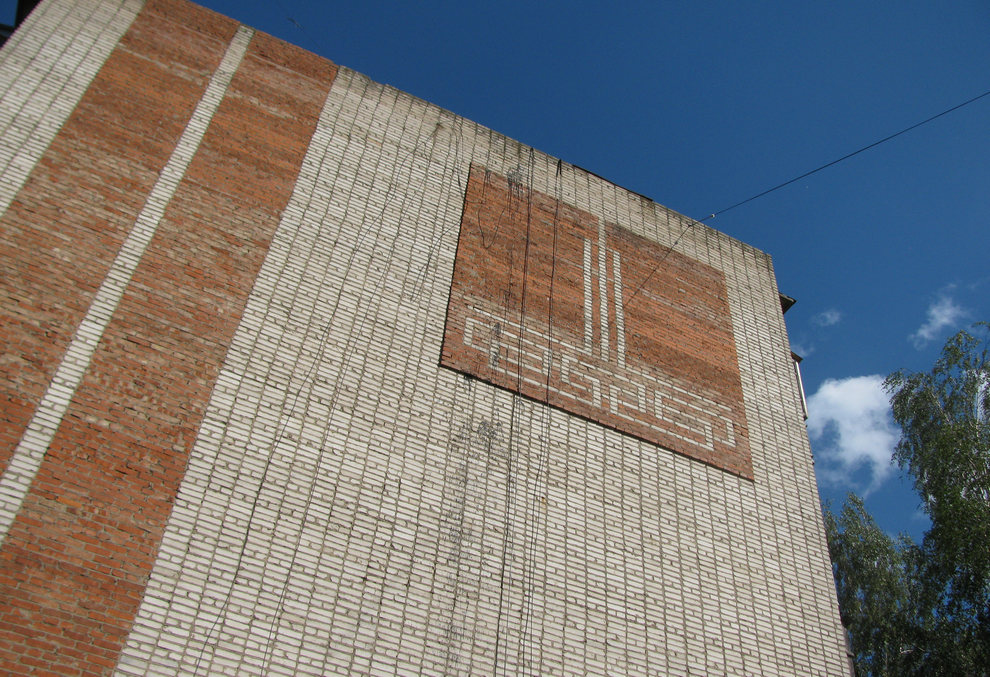 This is one of the least enjoyable places in Sergiyev Posad, squeezed between the high road and the railroad, isolated and rather grim. Those cds attached to one of the ‘red’ house’s front doors should serve as some sort of cheering element. This is what one may hear sitting on a bench beside the cd-decorated door. The hum comes from the concrete factory, while kids are breaking a stick or twig in the yard. 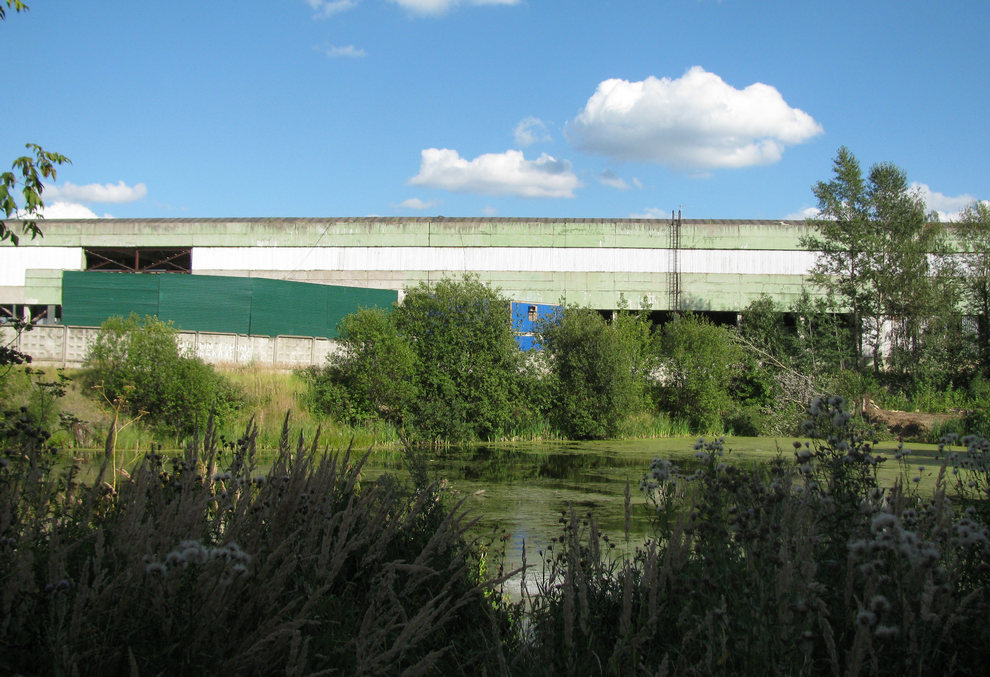 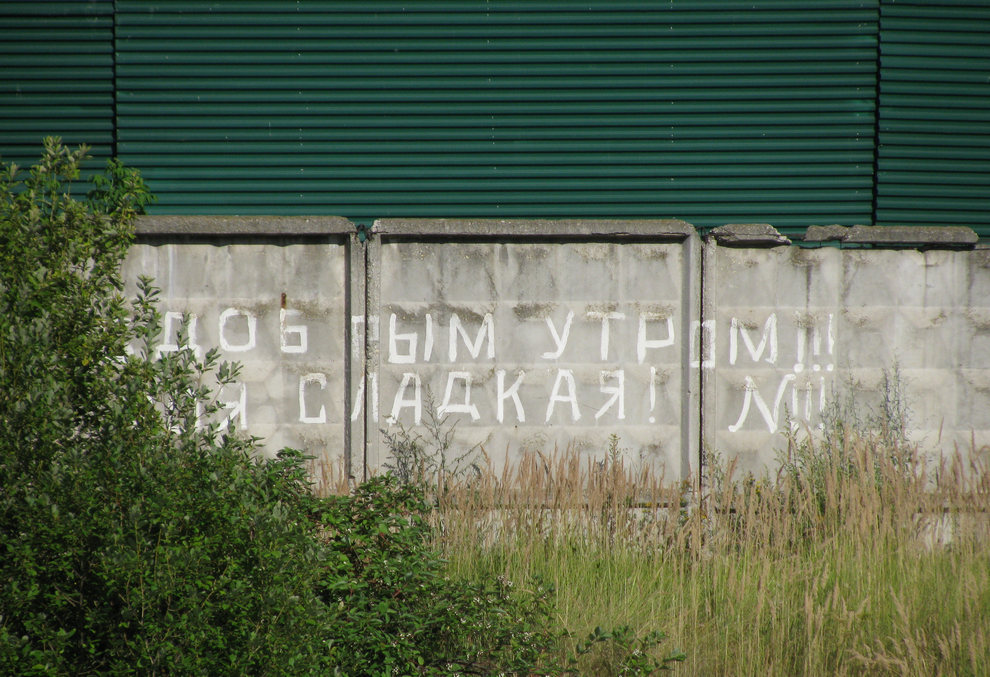 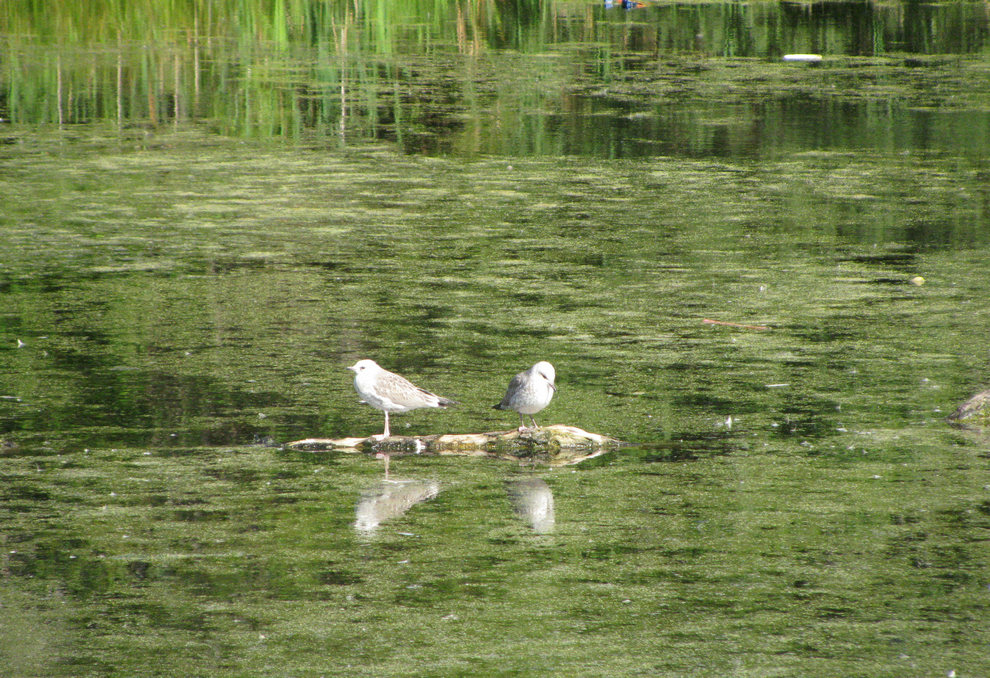 The small lake nearby is all green with algae. It looks shabby and dangerous (if not poisonous) – but I remember my father, who lived in a neighbouring area many years ago, telling me that they used to swim there. Nowadays, it seems that the only living creatures who dare to dip their fingers in this water are the seagulls and their chicks. I’ve never heard the gulls’ chicks before.

This quarter was originally built for the factory workers, some are still there while others have made considerable effort to move away. Those who’ve stayed try to cope with it making life a bit brighter like planting flowers. I’ve spotted a supermarket trolley while walking past the white house. The nearest supermarket is about 1 km away. 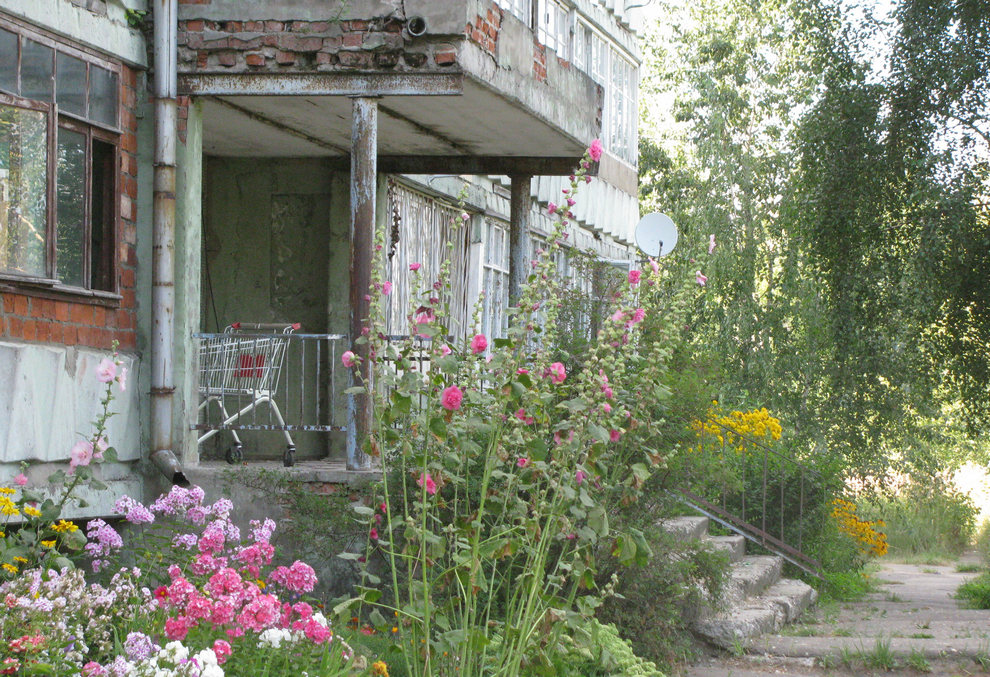 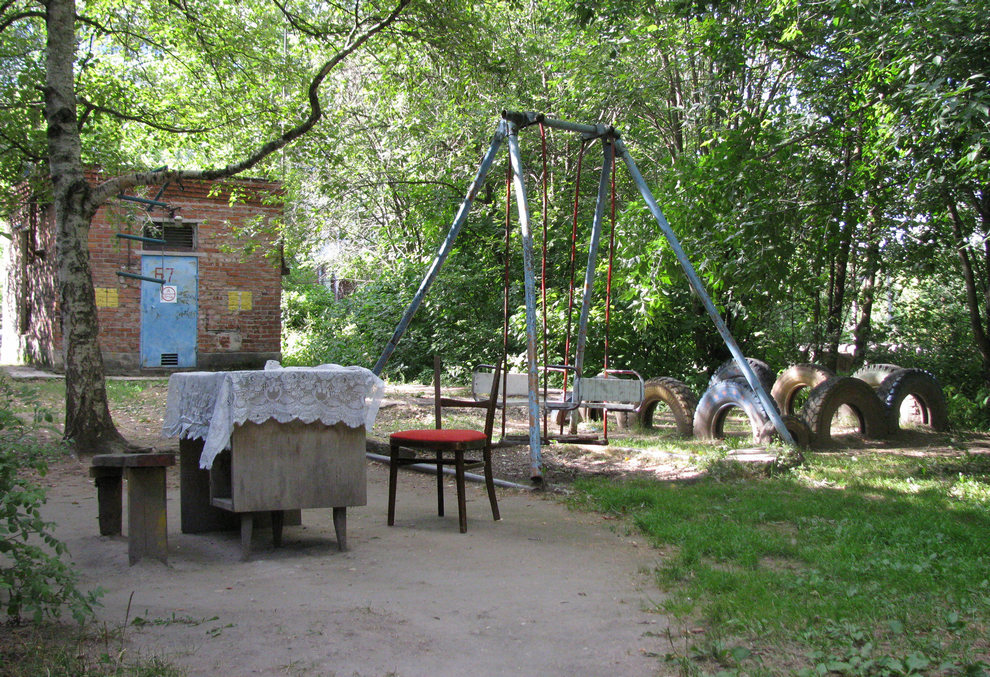 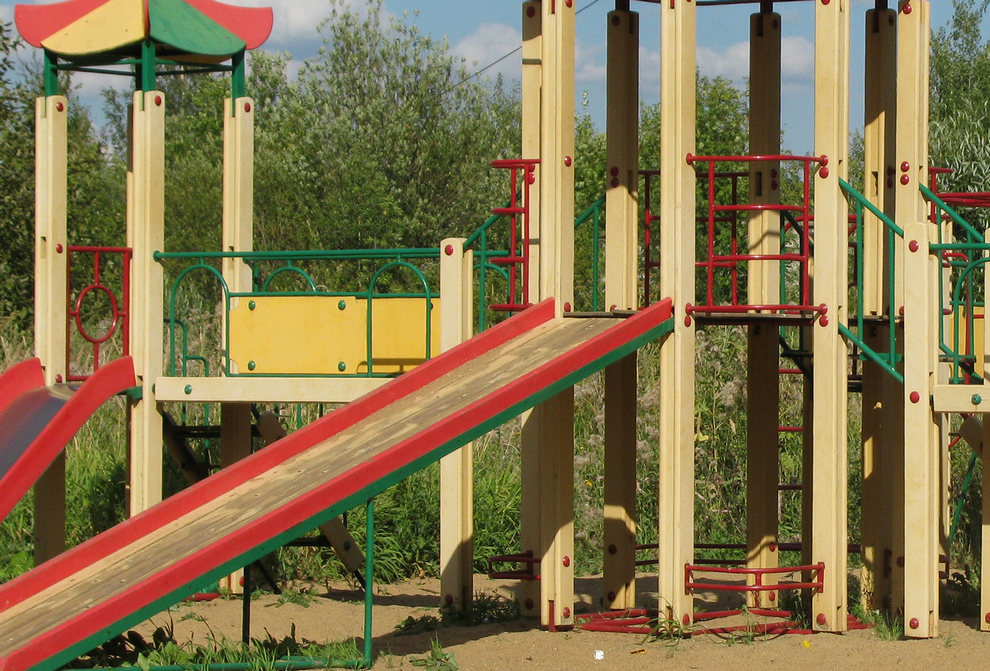 Time to say goodbye to Zheh-Beh-Ee. This is the lake again. Details aside, the last photo reminds me of a book about prehistoric life. 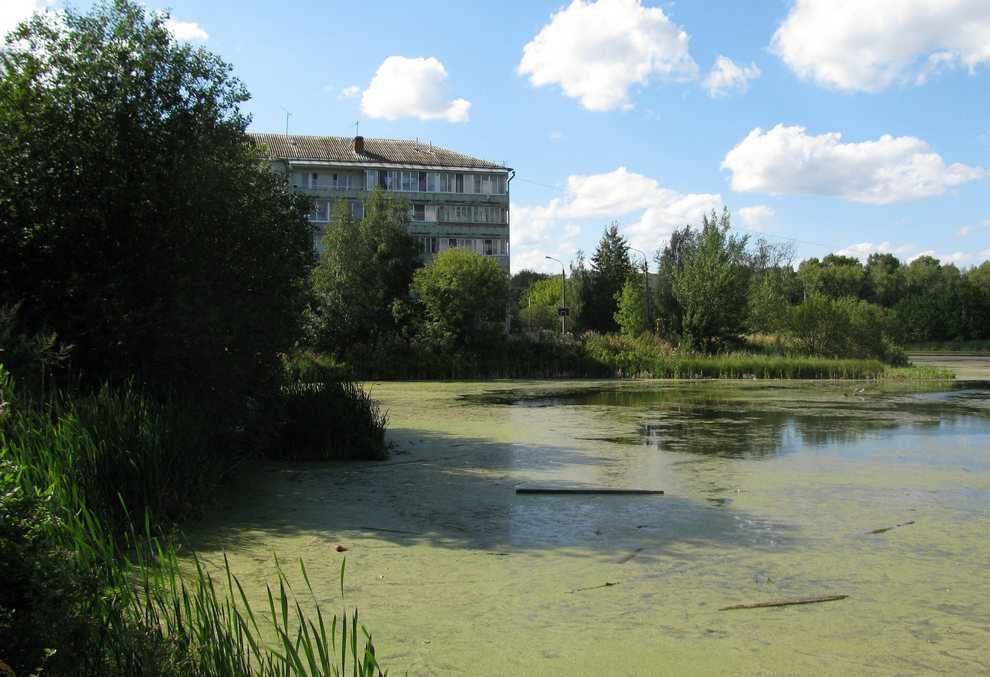 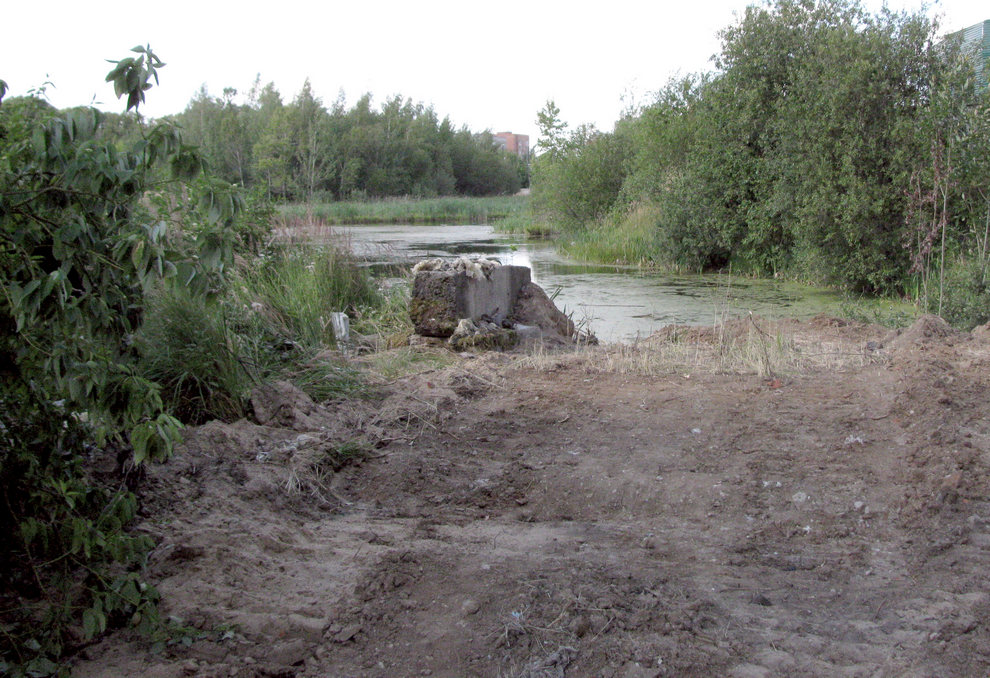