A concert with a little extra allowed

I hardly know a thing about this man except for his name – this is Alexey Mykitenko, a top-notch musician.

Alexey has been playing a button accordion at the opening of an exhibition at the Abramtsevo museum branch in Khotkovo, and the photo was taken by the museum staff as well. Some beautiful pieces of enamel, decorative metal and stone items have just been revealed, but he is sitting unassumingly on a stool, bringing the truly ethereal sounds out of his accordion. 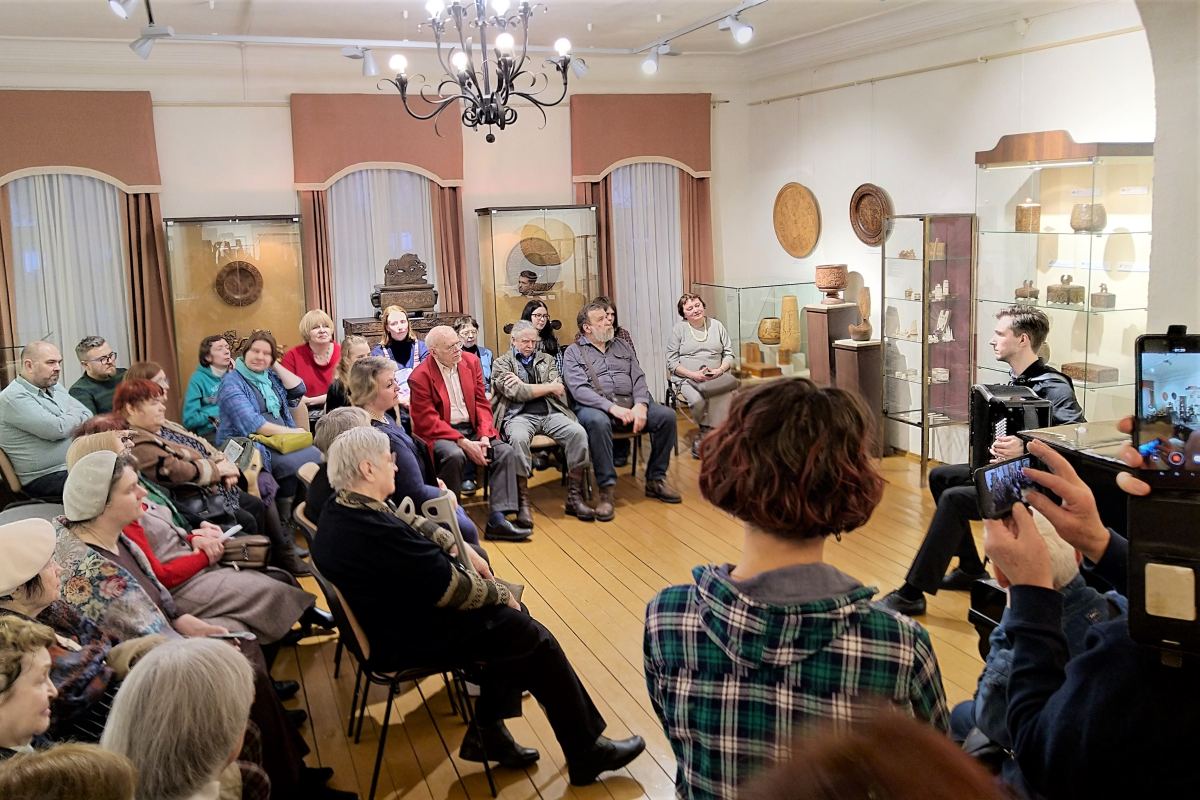 So many things are to be missed in this recording, should it be made directly from the mixing desk: we will end up with a squeaky clean, unpopulated sound, without a trace of people’s laughter and chatter, deprived of rustle and cough, with no smartphone signaling — all the conventional concert taboos. This is when one happens to realize that these post-opening concerts bring the two unlikely spaces – a museum and a pub – so close together. The both allow to talk while listening to the music, laughs and occasional drinks could also be allowed, as well as the loud bravos.

More field recordings from Sergiyev Posad and its area are streamed live 24 hours at the oontz.ru/radio. You never know what plays next – join us!