Restoring past also means restoring sounds of the past

A bow string being pulled, a horn being blown, a sword flashing and a boot stomping – and a peaceful sound at last – an ax cutting timber that will become a log to build a house with. These are the sounds of the Ratniki Prepodobnogo Sergiya – St Sergius Guards and Warriors — historical reenactment festival.


That was the first time in Sergiyev Posad, when this particular spot used as a festival grounds, a field near the pedestrian boulevard know as Doroga k Hramu – A Road That Leads to the Church, which is a common phrase in Russian. It is only by coincidence, that a religious placename connects the other two, which are both Soviet and military-related. 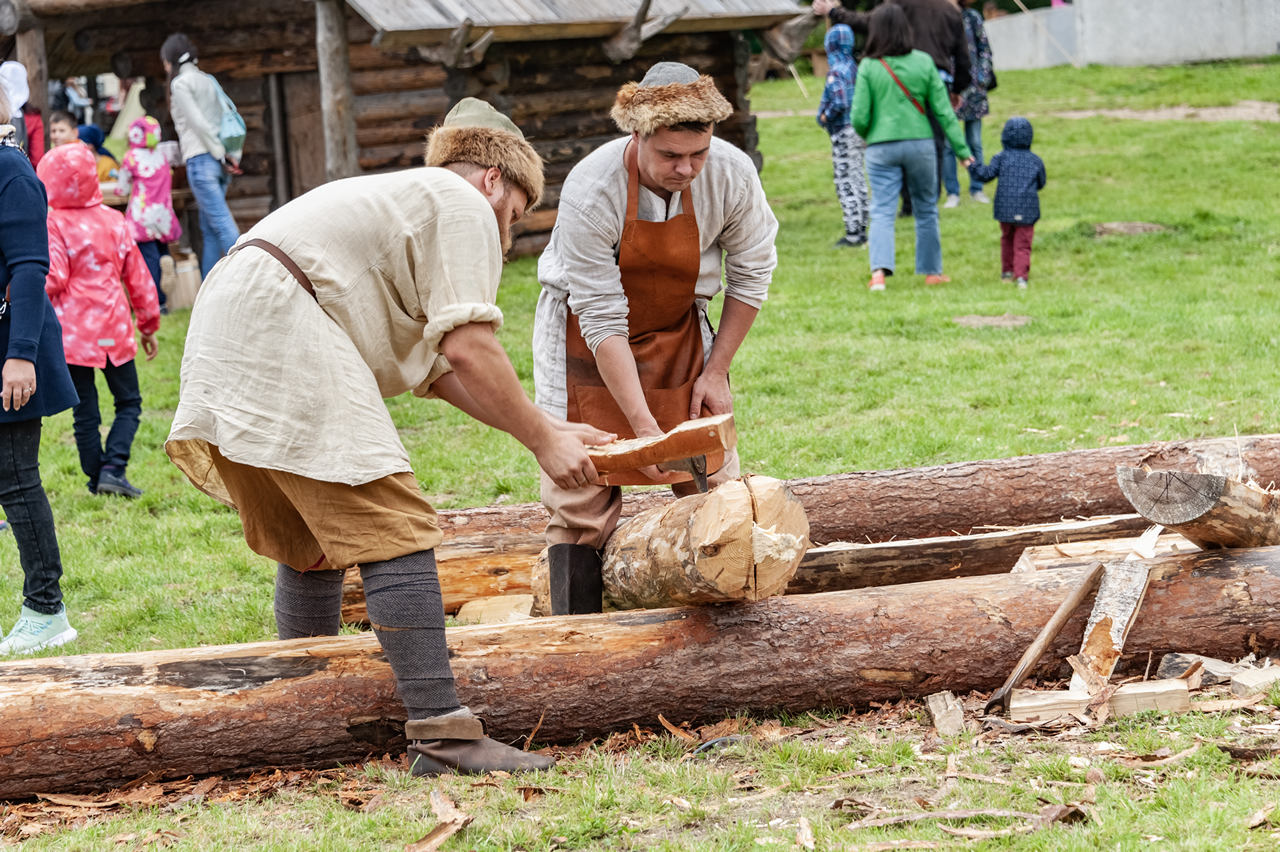 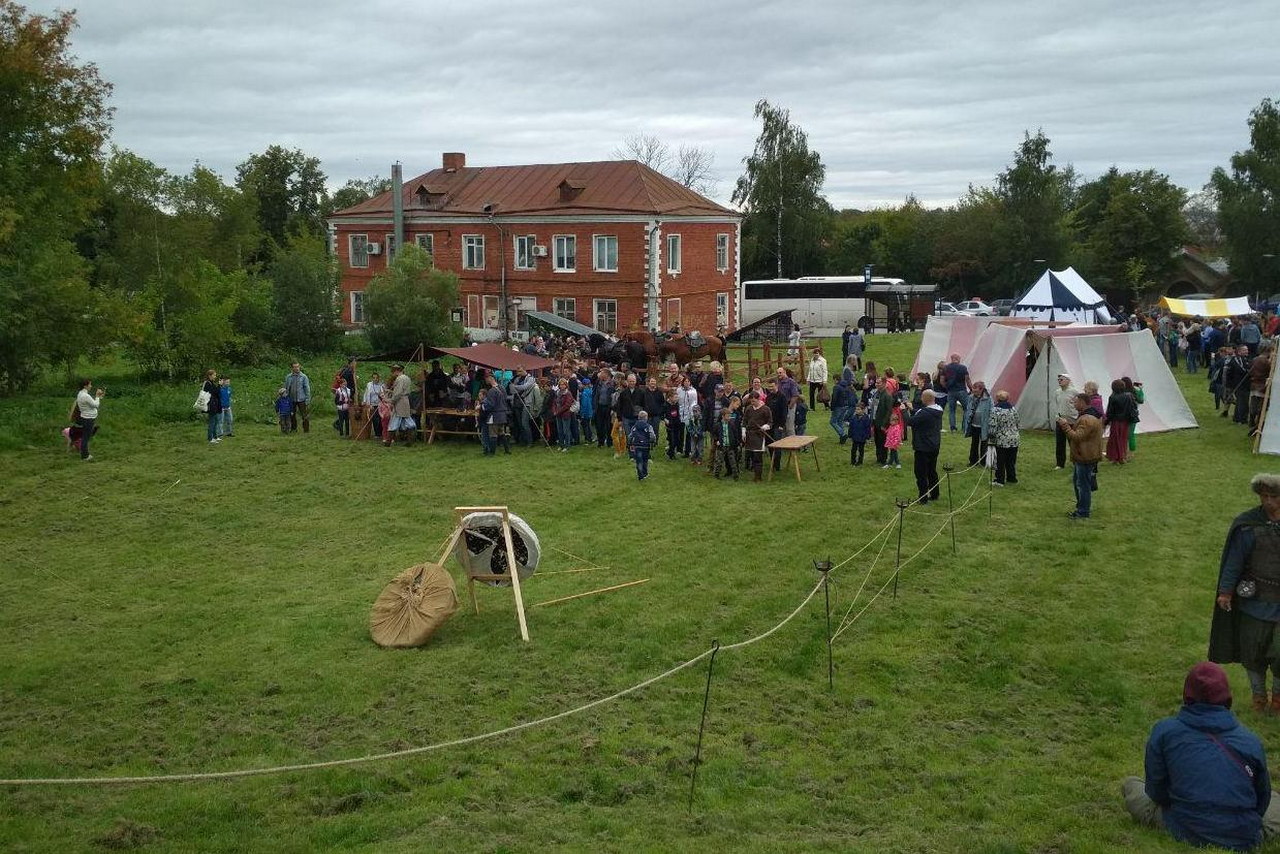 Nevertheless, this place has a certain potential as a performance and stage location for its natural amphitheater character which is likely to benefit the acoustics.

Also, in terms of historical credibility, these clicks, clangings, stomping and swishing are very much true, because the re-enactors are well known for their diligence when restoring historical details. 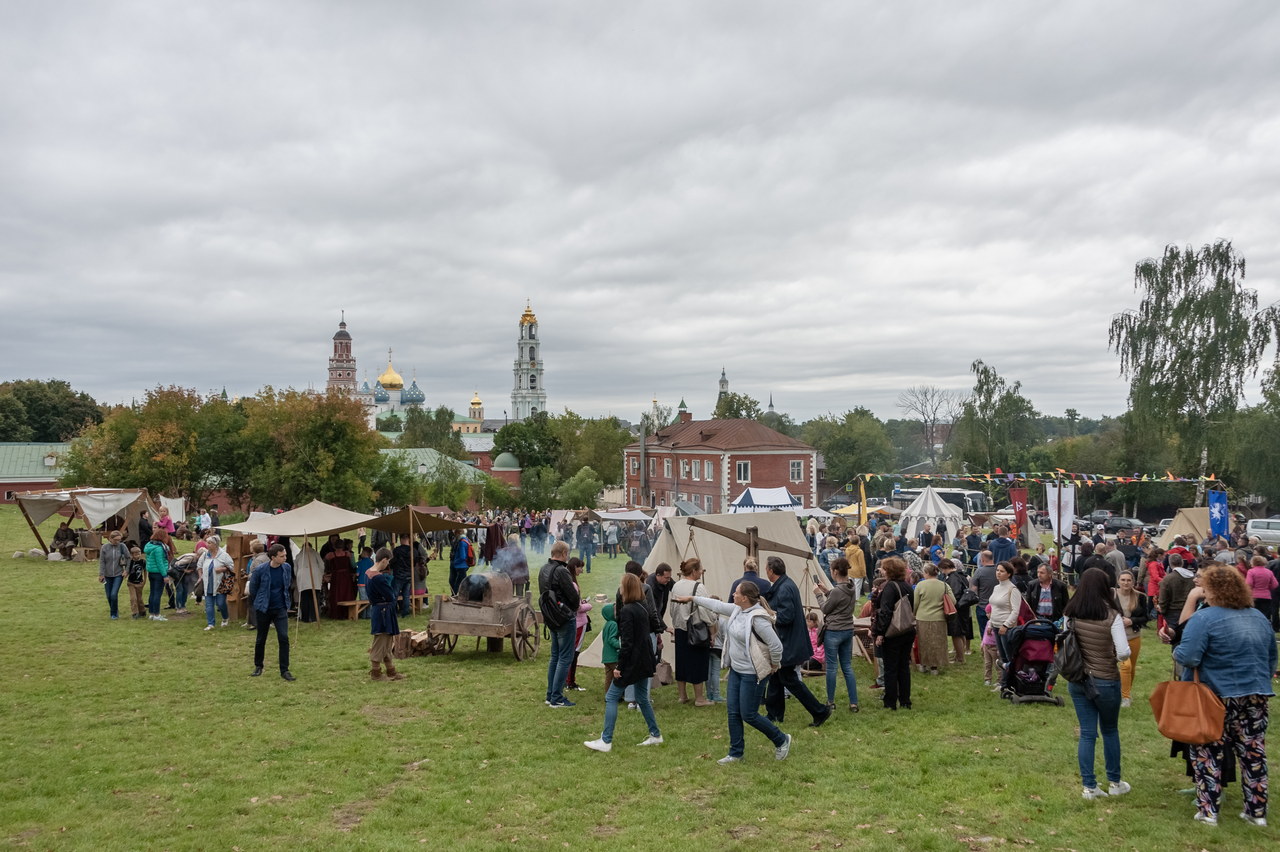 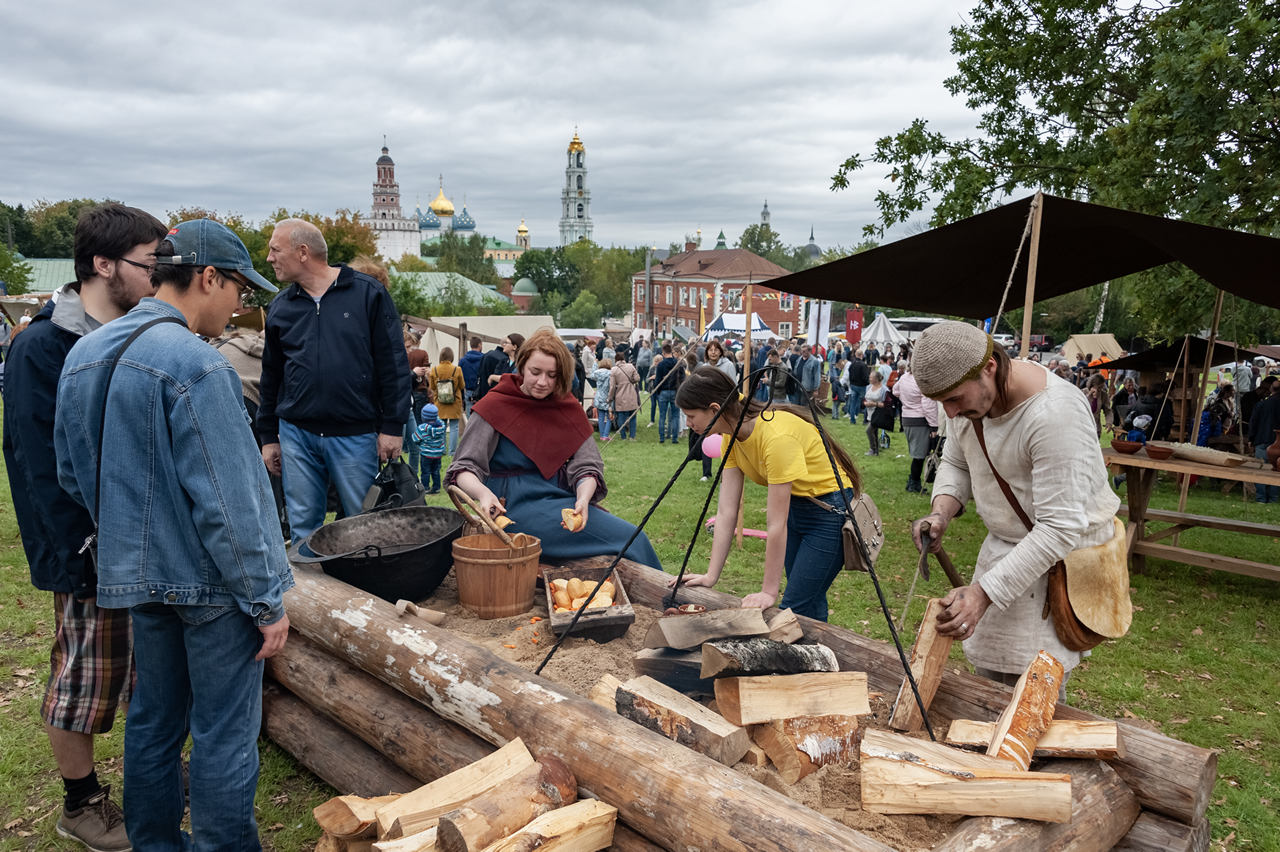 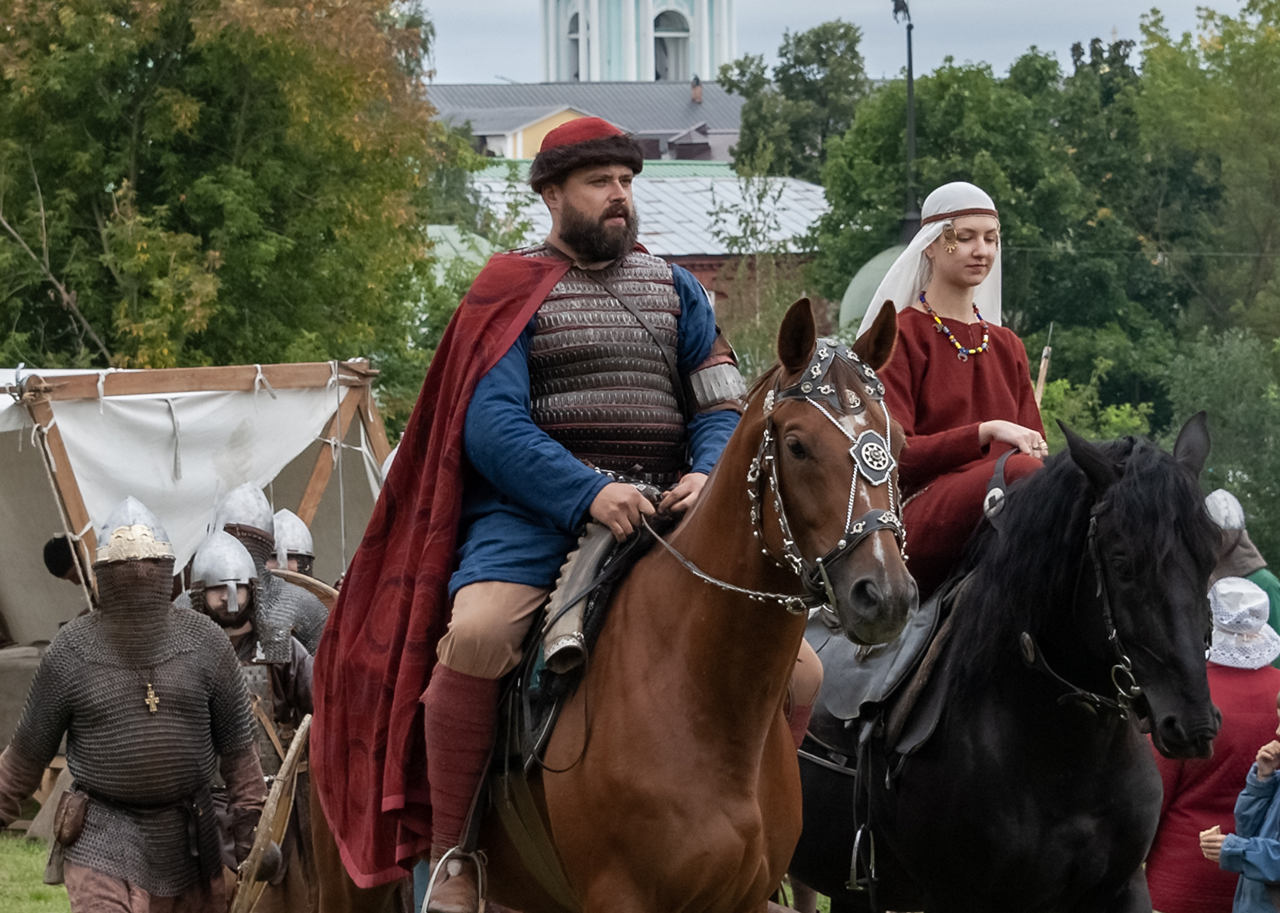 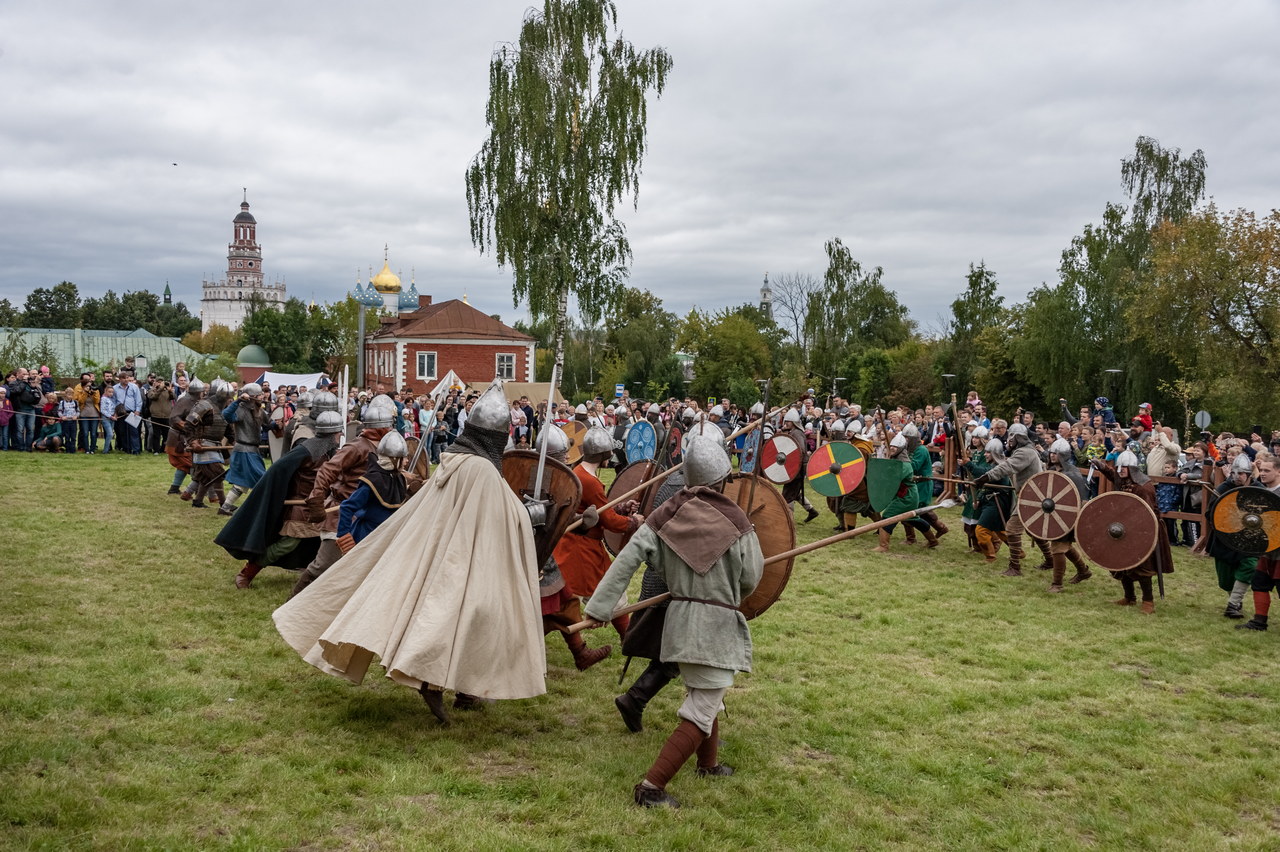 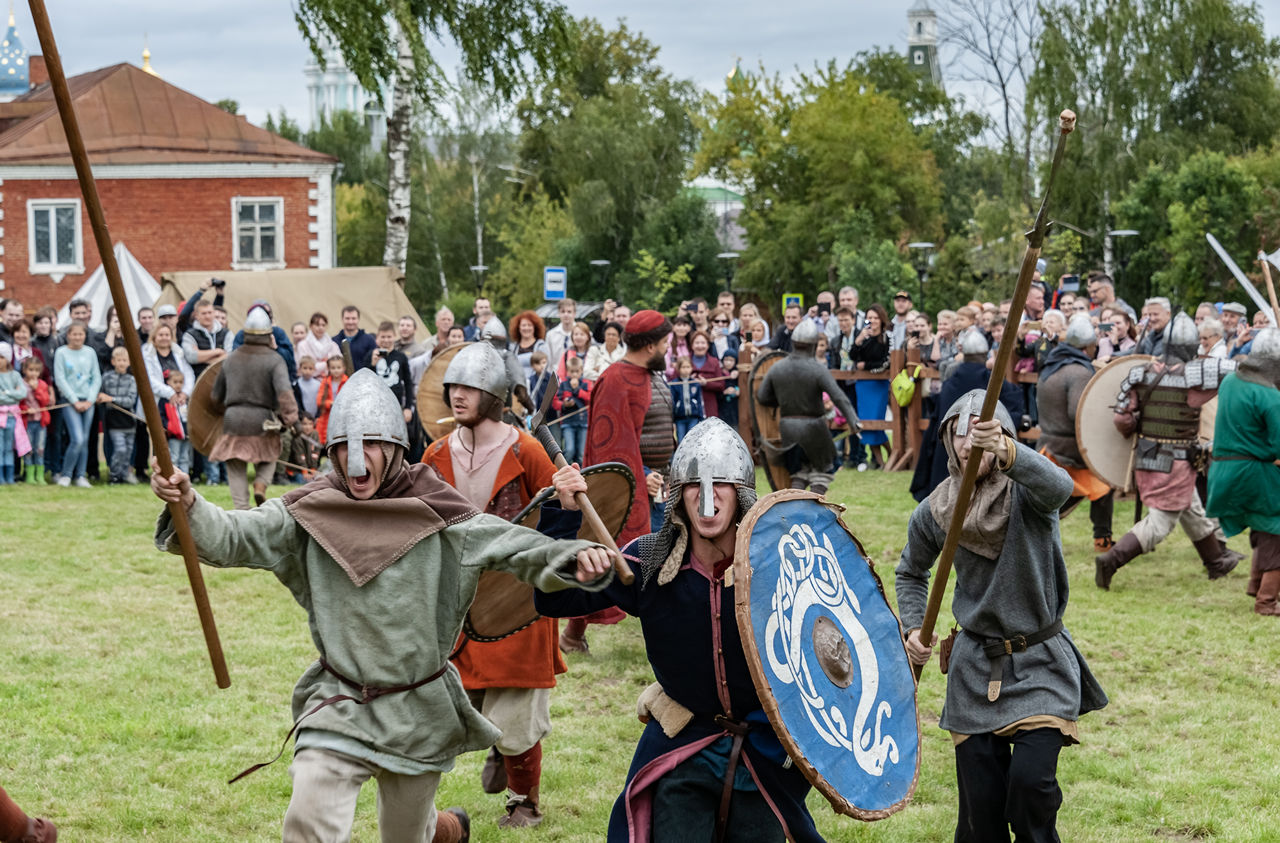