Pine woods within the city limits

It’s been a long time since I wanted to go there, to a pine woodland on a small plot with no particular name, squeezed between the Zvyzdotchka area and Vifanskaya street.

Actually it’s not a wood in a strict sense but a lovely wildlife corner located within the town boundaries. A pretty important thing given the fact that there are no public parks in Sergiyev Posad. Really (Update: Not until 2013 when Skitskie Prudy park was opened) 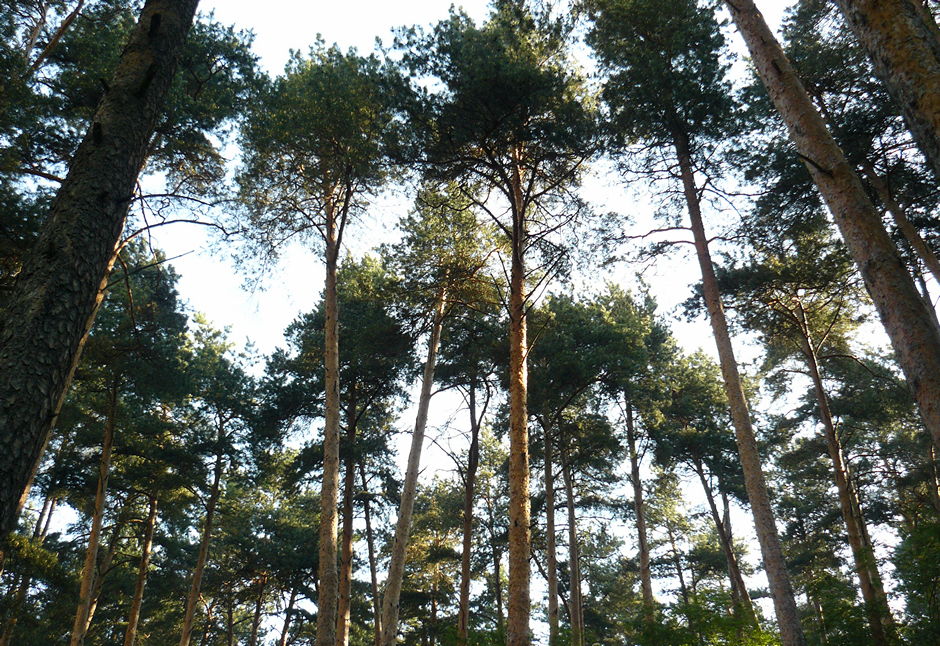 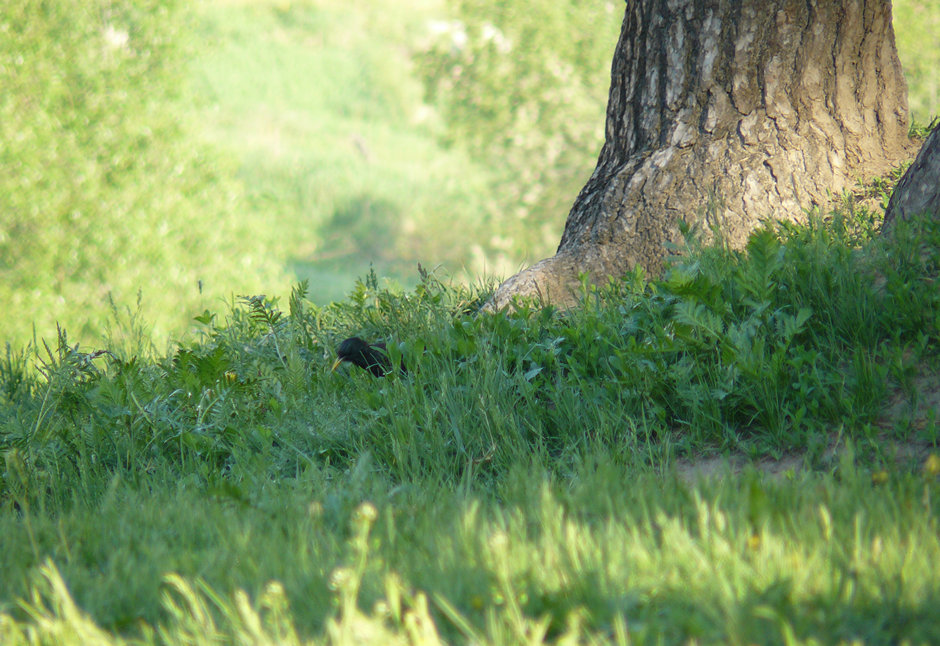 The pines there are strong and straight enough to become a ship timber, and it would be quite interesting to know how did it happen to see such trees in such a landlubber area like Sergiyev Posad.

In the early hours of the day the place looks especially good, and those with a view towards the pine hill should be lucky not only for being able to see but for the sounds of it. Basically, the land is damp thanks to the Konchura river basin down under the hill. The major landmarks of the area are an equestrian club to the North and a few residential buildings, old and new, around. The railway and the motorway are also not far away with the latter causing a considerable amount of traffic noise – the major sonic distraction.

A closer look reveals the presence of a human being. 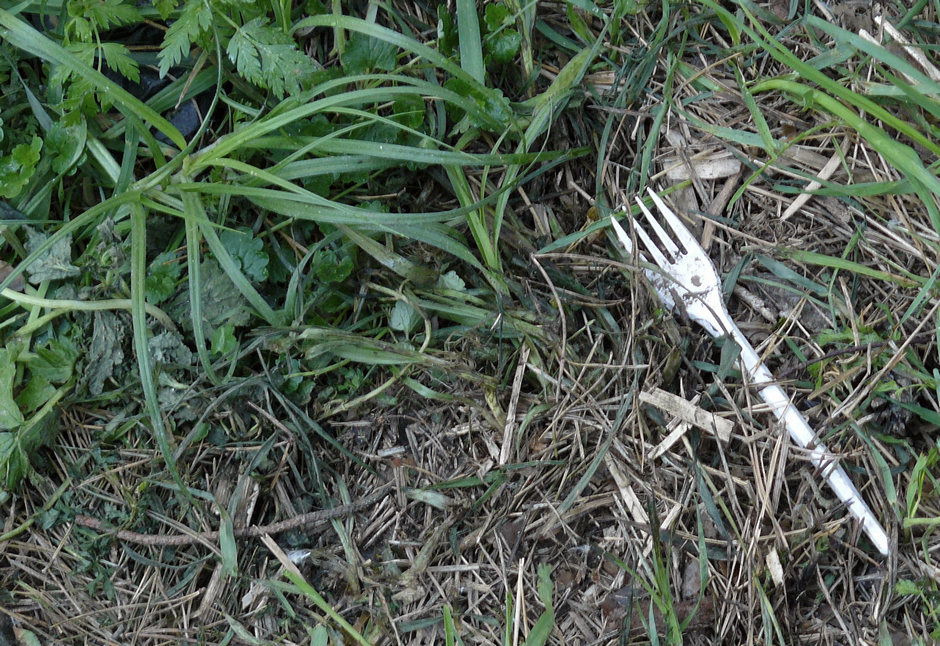 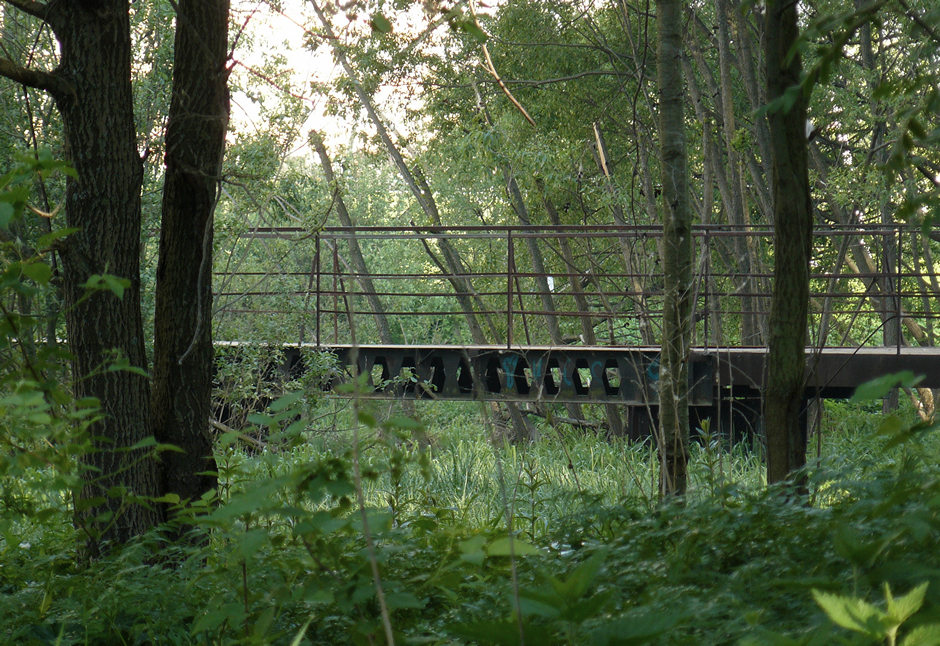 Climbing up the hill bring us to a horse riding club. If you happen to get there at 8 am the chances are high that you’ll hear the factory hooter. The sound covers more than 2 kilometers before it reaches the woods from the ZOMZ factory. Once used as a wake-up clock for the workers this hooter looks like a trademark or tribute phenomenon nowadays. 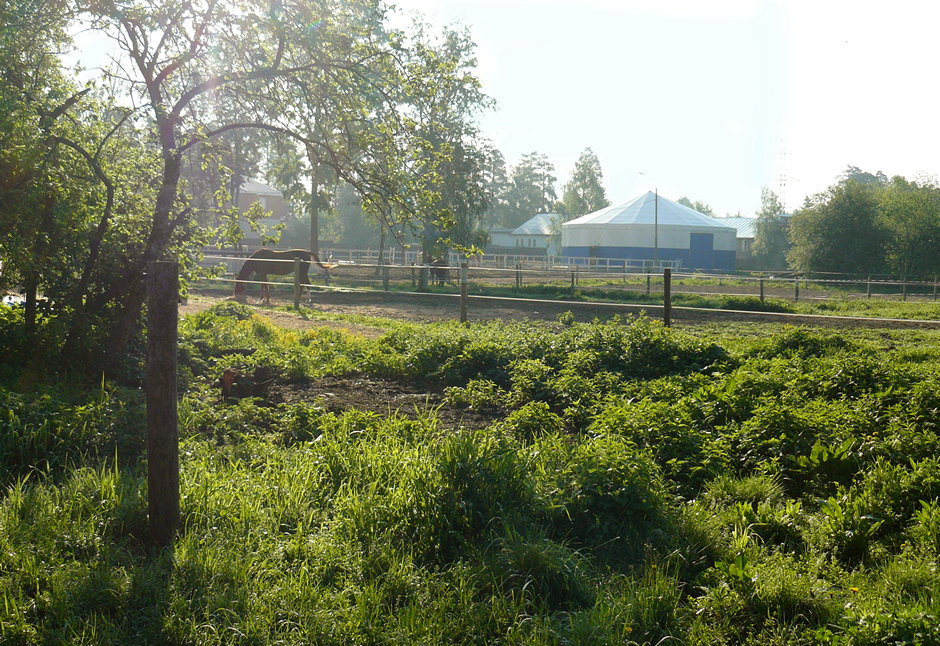 And finally – I got attacked by the crows who obviously saw me as a threat to their nests which I wasn’t of course. Listen to this in the headphones, and you’ll probably hear the birds flying and croaking above your head. I have to be honest and say that was a moment of gut fear (hence the recording is a bit shorter than intended). 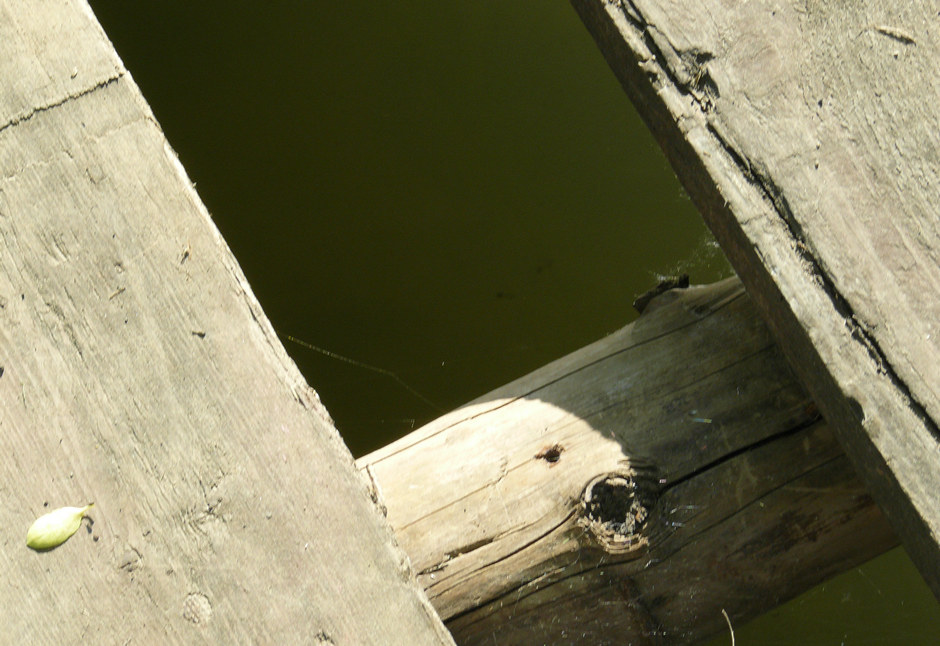 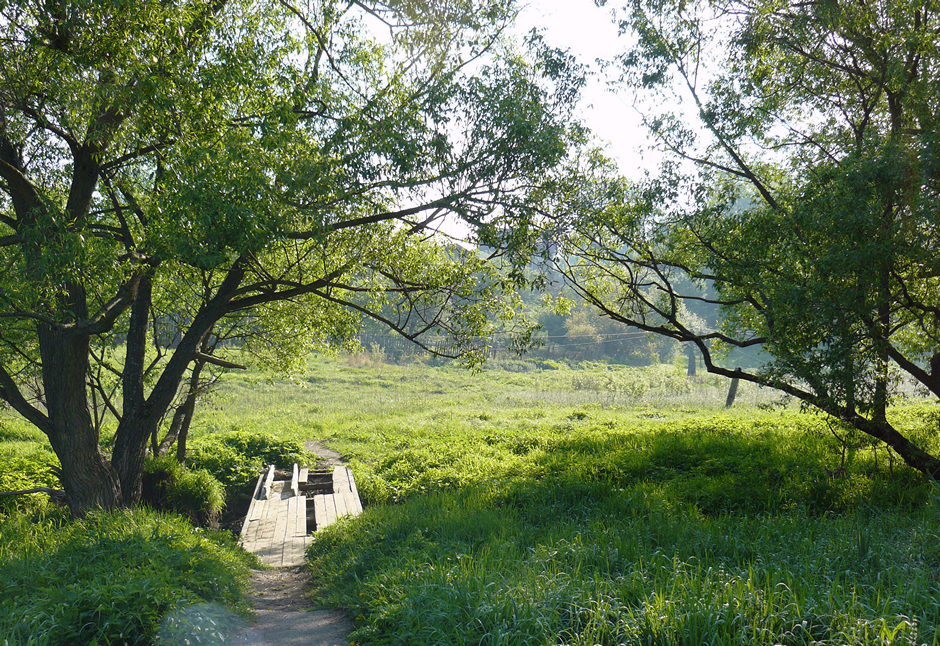 Time to say goodbye to this place. On my way back I recorded the call of a nightingale and the sound of water running through the reeds. The second is a bit long.

P.S. A good suggestion came from a reader to get all the recordings into one. Here it is: