Далее / NextWhen all the bathers are gone
MachineryField recordings

A steam blast from the past

A steam train is coming to and through Sergiyev Posad from time to time. This is the P-36 passenger train from 1954, the same as the one that is mounted at the Belorussky train station in Moscow.

As it turned out, there’s a business branch of of the state-owned Russian Railways. RzhD-Tur is a company that arranges the occassional tourist trips by this antique means of transportation. Normally, these are the tours across the Moscow region and Moscow itself, the latter connecting a number of the principal train stations.

The rolling stock comprised the hauling locomotive, the coal carriage and two passenger carriages, and it has spent about 20 minutes at the Sergiyev Posad train station. But if you want to get inside you have to buy tickets in advance – it was not allowed to join the train on its way from Moscow to Alexandrov. 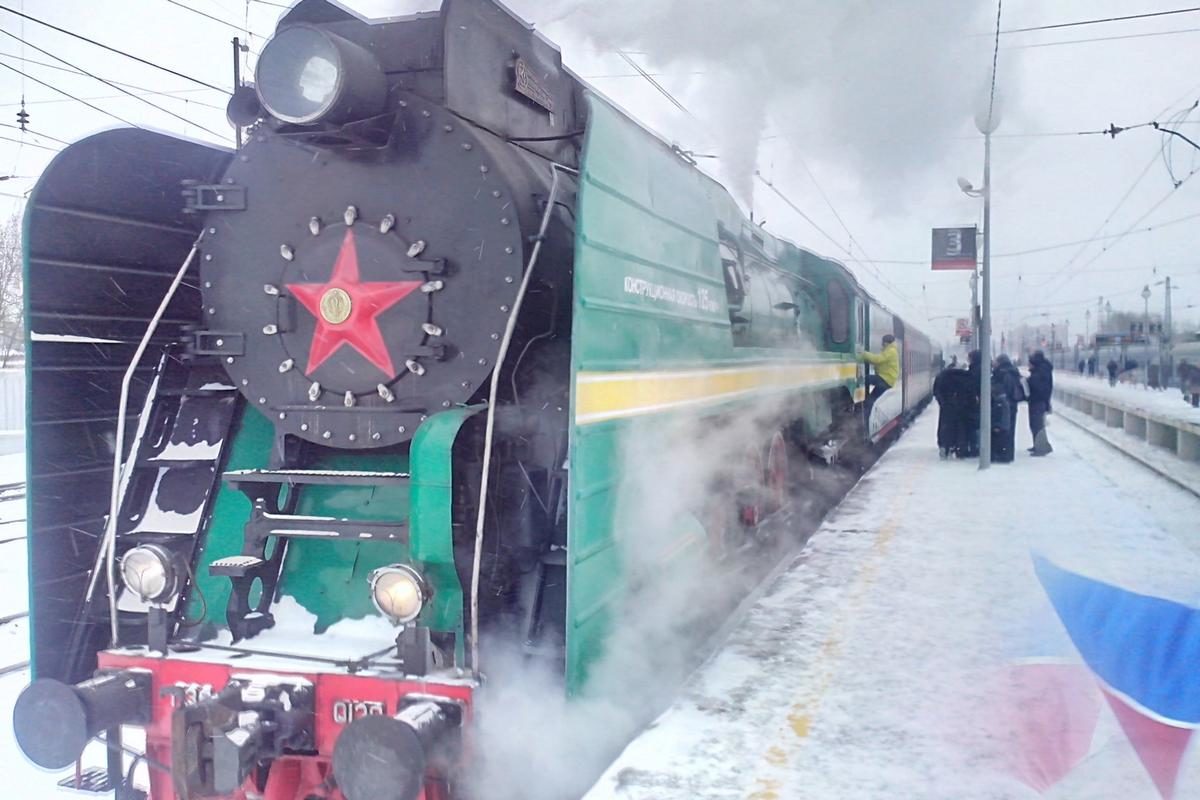