Breakdance or b-boy battle between the two rivals from the neighbouring towns of Alexandrov and Sergiyev Posad with the name of the latter town called out by the supporters. Recorded at the Posadsky Arbat open air festival, Blinnaya Mount, Sergiyev Posad. It funny to hear the downbeat confronting upbeat in the clapping. Photo by Oksana Maltseva. 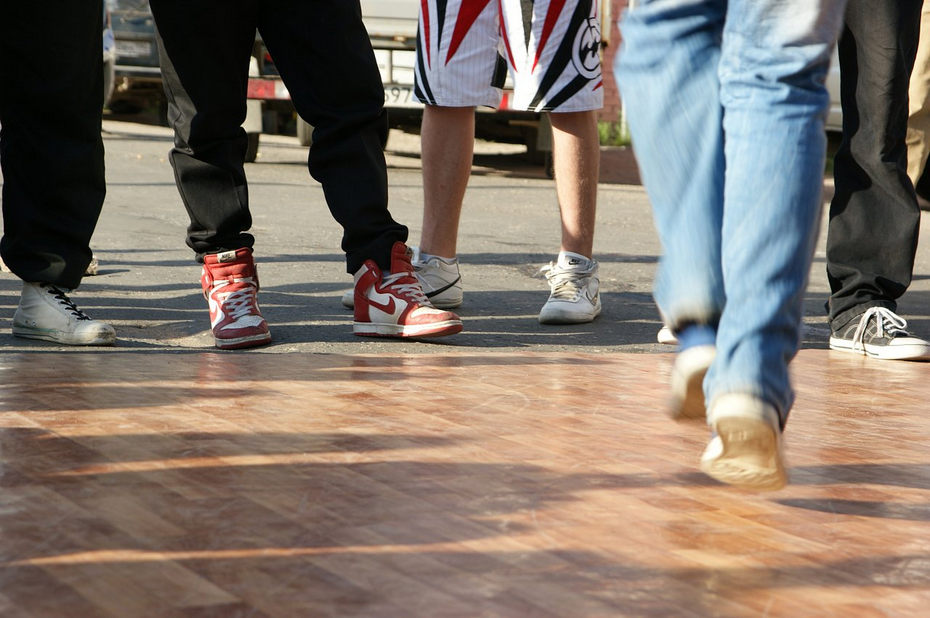