You can tell the Victory Day is near by the growing number of St. George’s Ribbons spotted on the streets of Russia. Those are the military symbols symbolizing military prowess – the fact many of the current civil followers weren’t even aware of before it became that popular – now being worn to pay tribute to the people who fought in the WWII.

With all due respect I can’t escape the feeling that it seems so very sincere but way too intentional as well. Well let’s leave it to people to make their mind on their own. Pictured below is Zagorsk’s (Sergiyev Posad) aerial view taken in the 1939. 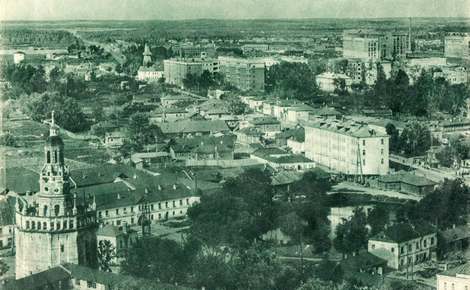 In the meantime – some cricket chirr recorded on May 9 last year at the household appliances shop back porch on Druzhby Street. Now there’s Alexeevsky supermarket. And that makes me say thank you to our war veterans for giving the opportunity of standing carelessly at half past ten in the evening recording crickets.